October 17th was a monumental day not only for Canada but for the world as marijuana became legal for recreational use throughout the Great White North. Adults over the legal age of 18 (some provinces have set the age at 19) can now purchase pot and even grow it for personal use. As the first major world economy to legalize weed for recreational use, the world is going to be watching to weigh the country’s cannabis-based economic benefits, social effects, and cultural growth. Marijuana advocates see Canada as a trailblazer who is going to pave the way for other countries to take the initiative and reap the rewards of turning the green buds into billions in tax revenues.

At this point, all eyes are on Canada. “They know they are the global leaders if they get it right. And they are making this a priority from the top down,” says April Pride of Van der Pop, a Seattle-based women-focused cannabis lifestyle brand operating in the USA and Canada, stated in a report issued by Troy Flowers.

How Much Weed Can You Buy in Canada?

Canada’s new federal cannabis act allows an adult to possess up to 30 grams of cannabis. In most provinces, individuals are also permitted to cultivate four marijuana plants per residence for their personal use. Under the law, pre-rolled joints made from either fresh or dried marijuana and cannabis oil are legal. However, cannabis edibles such as gummies, beans, peanut butter, coffee, drinks, and jellies will not be legal for purchase until next year. Under the law though, you can create marijuana edibles at home to share with other adults.

Many people are clamoring to purchase pot throughout Canada. The biggest obstacle facing most weed smokers is a marijuana shortage. On the groundbreaking day of legalization, dispensaries across the country started to run out of weed. Quebec was inundated with 42,000 orders, the Montreal Gazette reported. The demand was so huge that many individuals who waited in line to make their first pot purchase ended up going home empty handed as the cannabis products rapidly sold out. Even the online retailers were flooded with orders and ended up unable to meet the demand as their marijuana products were snagged up in online shopping carts.

Where to Buy Canadian Weed?

Shoppers are now faced with wondering where they can purchase marijuana. In many provinces, cannabis products are only allowed to be purchased at government dispensaries, but in other regions, private stores have also been granted permission to sell. Online government retailers remain a popular shopping destination. However, many would-be pot smokers are now going to have to wait a little longer as retailers scramble to restock.

On everyone’s mind right now is: Where can I buy marijuana in Canada?

Clearly, Canadians and some tourists were clamoring to purchase weed on Legalization Day. Many waited in staggeringly long lines to snag up the buds. Here is a breakdown of just how much weed was sold on October 17th across Canada:

As Canadians embrace and puff recreational marijuana with fervor, the monetary rewards for the country are undeniable. Hopefully, the Northerners will be an inspiration and change will be on the horizon for many countries who stand on the cusp of exploring if legalization promises benefits and should be implemented within their borders. 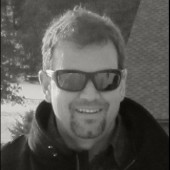 Benefits of Adding Apple Cider Vinegar to Your Health Regimen

What is Water Soluble CBD?